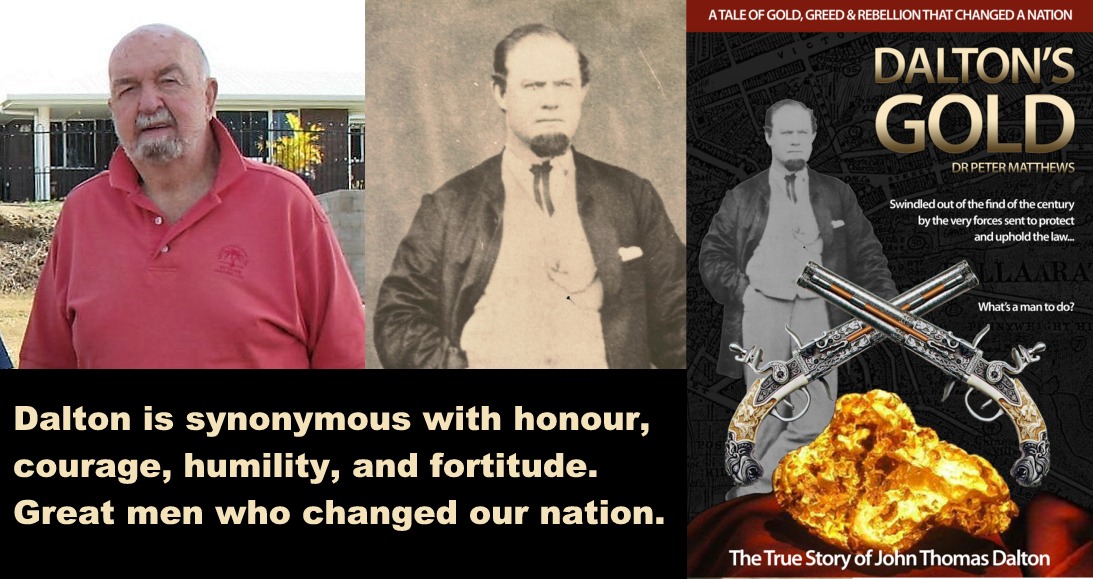 I was so sad to hear William Leonard Dalton (pictured left) passed away at the age of 94 in September 2015. I am not a man who breaks down into tears, but I must admit, I shed a tear when I heard Bill (as I fondly called him) had passed away.

Bill was a storyteller, like my own grandfather Francis William Dalton. He was a gentleman, softly spoken, and exuded a passion and fortitude for this country seldom seen today. He was such a character. I feel so humbled to have spoken to such a great man. He had preserved his family’s journal that helped me connect all of the details, and write their wonderful story. At the age of 91, Bill had all his facilities and could recall his childhood as if it were yesterday. He even drew me a couple of maps of the Smythedale region as he was growing up.

While these great men have departed this world, their story is preserved forevermore in ‘Dalton’s Gold’. The Dalton’s family secrets of Eureka had to be told, with blood, warts and all.