Early evidence of a female author in the First Folio

To download a copy of this academic paper in pdf format, please click here: PAPER – Early evidence of a female author in the First Folio 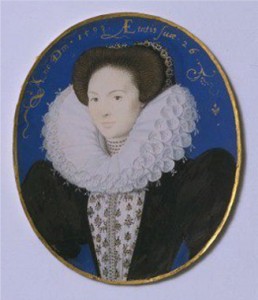 In the First Folio, there is a dedication to William Shakespeare by Ben Jonson. Within Jonson’s dedication, we find he attempted to defend Shakespeare against claims that a woman wrote the Shakespearean works. In examining the text, we must understand Ben Jonson was a good friend of Shakespeare, and happened to be with Shakespeare when he died of ‘feverous intoxication’ in April of 1616,[1] some seven years before the First Folio was published.

In Jonson’s defence of his ‘beloved’ friend, he wrote: ‘my beloved, the AUTHOR Mr. William Shakespeare: and that what he hath left us’. Thus Jonson emphasized the word ‘The Author’ in the below image to defend early authorship questions, while also revealing the closeness of relationship between Jonson and Shakespeare.

However, in the following excerpt Jonson clearly revealed that even in the time of publishing, there were some questions over Shakespeare’s authorship.

This is a historically significant statement, because in trying to defend Shakespeare, Jonson unequivocally reveals community sentiment that a ‘whore’ or ‘matron’ may have authored the works. Many authors have proposed, and dare I say established, the ‘Dark Lady’ of the Sonnets was Emilia Bassano, daughter of the murdered musician and playwright Baptista Bassano who is exhibited in full colour throughout the Shakespearean works. Could it be that Jonson was addressing cantos of slander within the Sonnets that were published earlier by Thomas Thorpe on 20 May 1609?

And beauty slander’d with a bastard shame (Sonnet 127:4)

Emilia Bassano married Alphonso Lanier on 18 October 1592 yet she was with child the same year, although no birth record exists as to an exact date of the birth of Henry Lanier, who is believed to be the son of Henry Carey. Thus her child was the grandson of the former king Henry VIII.

Cleary Emilia spoke of a ‘bastard shame’ upon her bastard son in a time when birth control did not exist. But was there an illusory double meaning like much of the Shakespearean works, in that she was being slandered as a ‘whore’ even though she was merely following her religious beliefs. This is ratified by the following comment in the same Sonnet:

This speaks of the inept Christian mentality surviving from medieval times that low self-esteem is the root cause of young women engaging in pre-marital sex. However, to the Jewish Essene and Master Kabbalist, it was her way of expressing herself – an act of healing to transform the world. Thus, in calling her a ‘whore’ they slandered creation itself.

And, to be sure that is not false I swear,

A thousand groans, but thinking on thy face,

One on another’s neck, do witness bear

Thy black is fairest in my judgment’s place.

In nothing art thou black save in thy deeds,

And thence this slander, as I think, proceeds.

In line 10 we find the phrase ‘a thousand groans’ which is referenced from the lamentary writings of the Romano-Jewish historian Titus Flavius Josephus depicting the destruction of Jerusalem.[2] Kabbalists use the expression in lamenting ‘a thousand groans of regret’ while seeking the face of God for justice. ‘One on another’s neck’ in line 11 is from Hosea 11:4 (KJV): ‘I drew them with cords of a man, with bands of love’ which is symbolic of unity, yet juxtaposed against the same God of Israel who, ‘Let us break their bands asunder, and cast away their cords from us’ in Psalms 2:3 (KJV). Thou black in lines 12 and 13 reference Black fire – a Jewish Kabbalistic expression of the Torah being written with ‘black fire (oral torah) over white fire (written torah)’ in relation to creation, speaking of  the Kabbalistic concept of primordial writing and language that is pure, erotic, and is reborn from its own ashes like the phoenix bird. This concept is first found in the Sefer Yetzirah, which was penned during the time of Judah ha Nasi (Elena Bassano’s ancestor) as Chief Priest, and expounded in the Sefer ha-Zohar of Mantua in 1558 also printed by the Bassano family.

Amidst the pain and suffering, having groaned a thousand groans, the author declares: I swear there is nothing that will save thee from thy darkened deeds; nothing art thou black as (oral) slander; thus proceed to the place of judgement, a watery grave so to speak, where William Shakespeare drowned in his own sorrows. This passage now seems prophetic as Shakespeare ‘drank too hard’ and ‘died of feavour there contracted’.[3]

Whilst this is not the place to address the complete parallels, I merely wanted to demonstrate that historically there was suggestion of a ‘whore’, ‘mistress’, or ‘matron’ being the author at the time the First Folio was published; and that it may well have been the female author who was slandered and exploited, not William Shakespeare.

[2] Flavius Josephus’ The History of the Destruction of Jerusalem, Book 6,

[4] Flavius Josephus’ The History of the Destruction of Jerusalem, Book 3, Chapter 10, 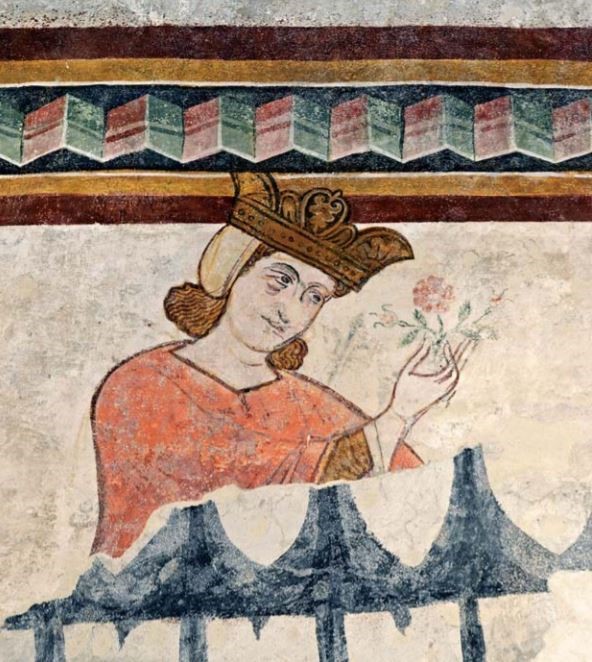 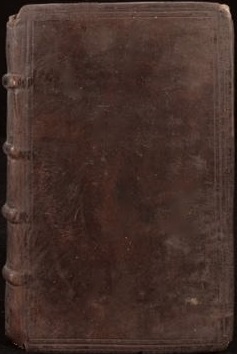 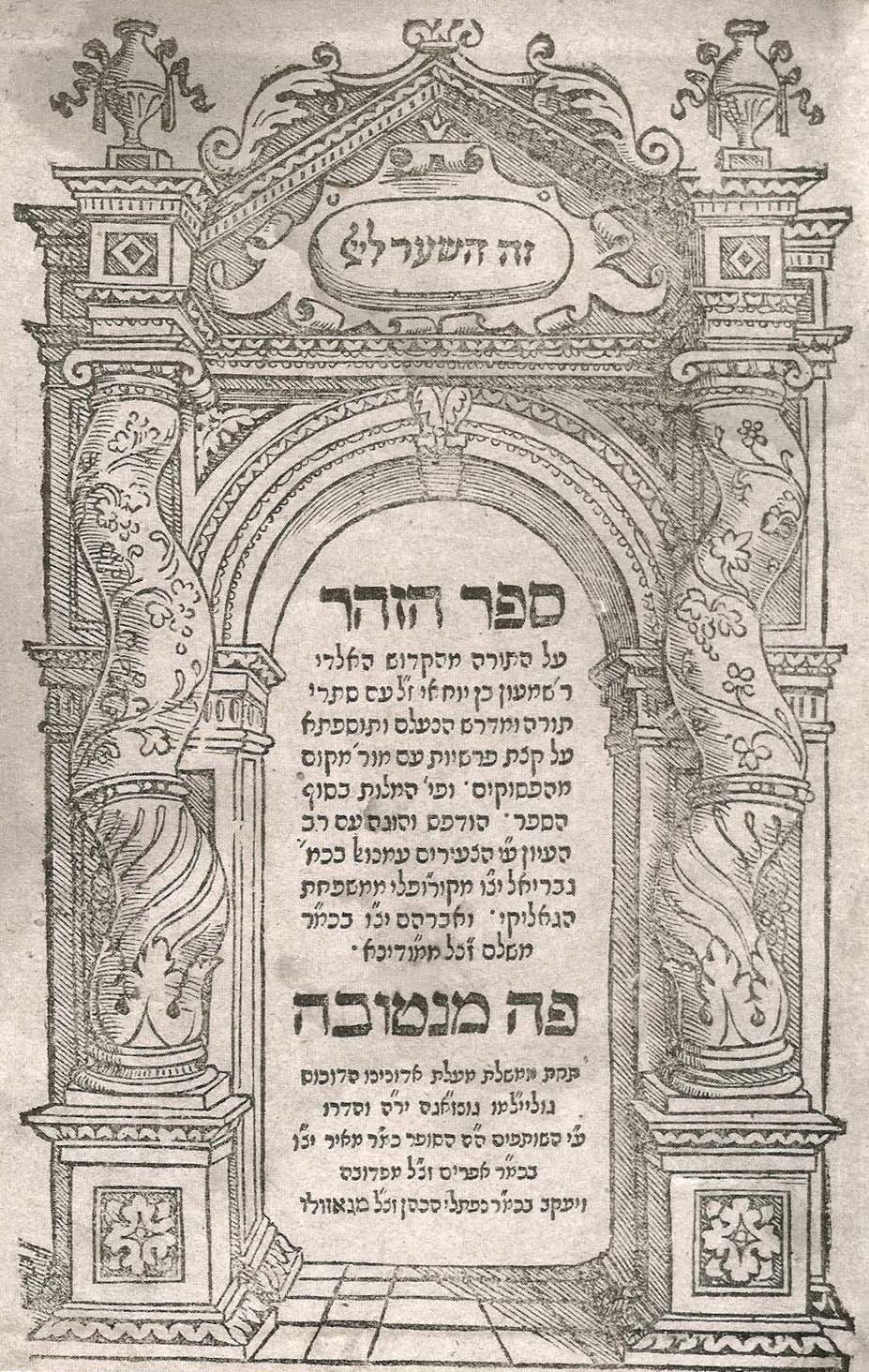