To download a pdf copy of this paper, please click here:  The ‘Just Men’ Must Stand – I See Everything! 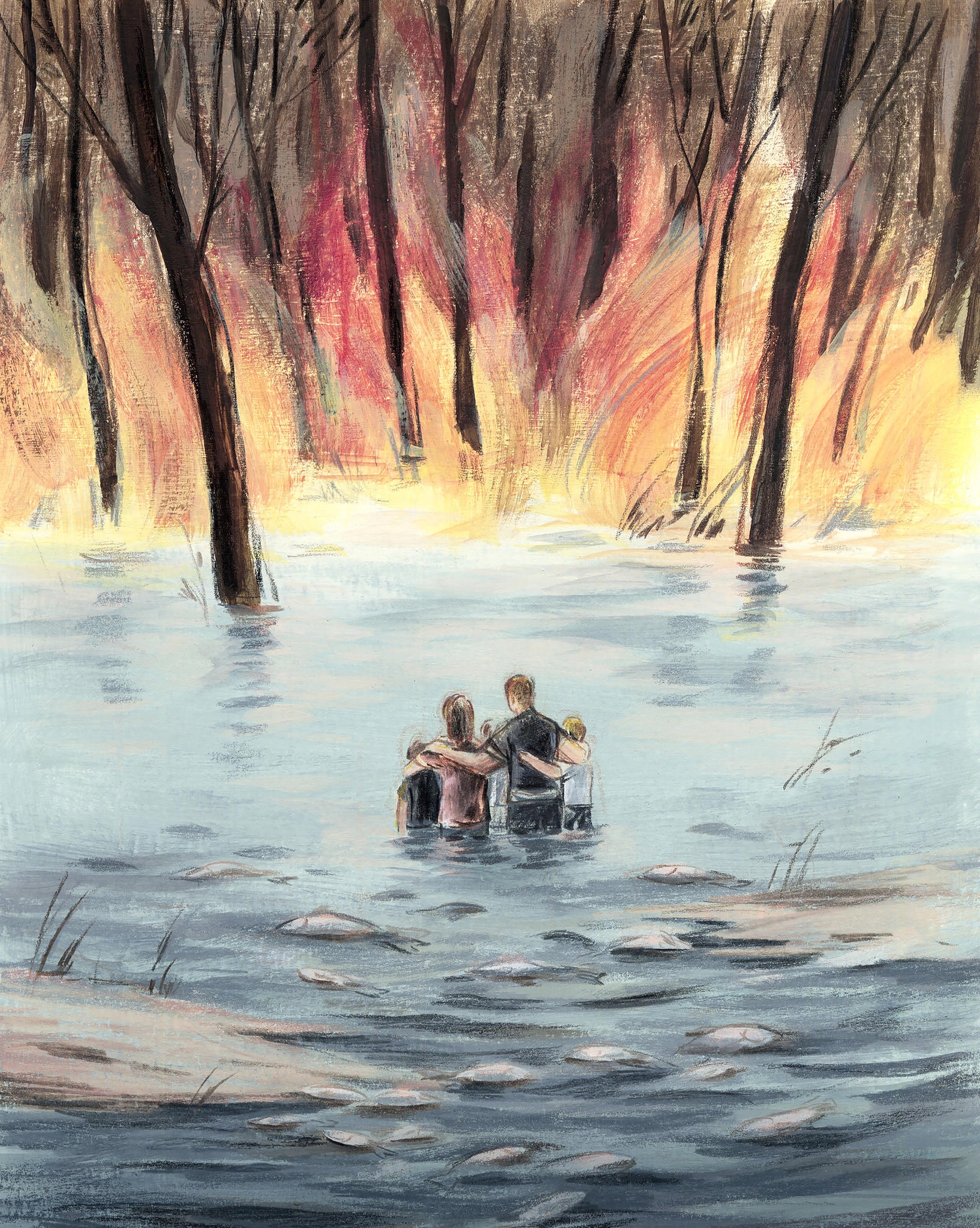 The Bible tells us in times of trouble, the “Just Men” must stand. They are littered throughout history, but most people don’t notice them, because they normally hide in society unnoticed. They are not military leaders or kings, often they are carpenters, rural fireman, or farmers who decided to make a stand. Proverbs 12:2-3 tells us:

The LORD is pleased with good people, but condemns those who plan evil.

Wickedness does not give security, but righteous people stand firm.[1]

In the New Testament, Joseph (a carpenter) was engaged to be married to Mary, mother of Jesus. Joseph had learned she was pregnant at the time, and Scripture tells us Joseph was a “Just Man” by wanting to protect her infidelity. You see, at that time, he had not been visited by the angel of the Lord to know she had conceived by the Holy Spirit:

Then Joseph her husband, being a just man, and not willing to make her a public example, was minded to put her away privately.[2]

The words “Just Man” come from the Greek words δίκαιος ὢν (dikaios ōn) meaning “being righteous”, or standing  up for what is true and right. We also find it in the Hebrew in Genesis 6:9, “Noah was a just man and perfect in his generations, and Noah walked with God”. In Matthew 27:19 when Jesus was before Pilate, his wife sent him a message saying, “Have nothing to do with that just man: for I have suffered many things this day in a dream because of him”. Even Pilate’s wife stood up to defend Jesus, because she recognized persecuting a ‘Just Man’ was bringing suffering upon herself.

Then in Acts 10:9-22 Peter went up to his rooftop to pray. This was his prayer closet where Holy Spirit spoke to him. On this particular day, Peter “fell into a trance” while waiting for food to be prepared. It was a vision that was so real about four-footed animals, wild beasts, birds, and he was told to eat, which was forbidden under Jewish law – this was to depict he was about to take the gift of the Holy Spirit to the Roman Gentiles.

While Peter was trying to understand the vision, Holy Spirit said to him, “Behold, three men are seeking you. Arise therefore, go down and go with them, doubting nothing; for I have sent them.” (Acts 10:19) Of course he would have had doubts. The Romans just took Jesus off and crucified him! Peter went downstairs and asked why the men had come? And they answered, “Cornelius the centurion, a just man, one who fears God and has a good reputation among all the nation of the Jews, was divinely instructed by a holy angel to summon you to his house, and to hear words from you.” (Acts 10:22) So they stayed with Peter that night before heading off in the morning. Holy Spirit has given visions and prophecies to ‘Just Men’ throughout history, sometimes to do things, like go and meet people (a Divine encounter) or deliver and word of knowledge or prophecy.

It is time for the ‘Just Men’ to STAND.

It is Friday 13th September 2019 after the ‘Great Fires of Stanthorpe of 2019’. The Hon James Lister MP stood up for this region as a ‘Just Man’ in the sight of God on the 18 October 2018 when he delivered a speech about Emu Swamp Dam to the Queensland Parliament, he said, “I judge people and organisations not by what they say, but by what they do. Any measure of the actions of the Southern Downs Regional Council finds them wanting.”[3] These words were as an oracle of God in some ways because the Council stood against the dam.

The Premier came out to Warwick on two hours notice for a one hour secret meeting with Mayor Dobie on 15 August 2019, with “no emergency water announcement” several weeks before the fire started.[4] Why? As many of you know, I forecasted the Premier would come in at the last minute and fund the water crisis, but was there more to this story? Do I know something the general public don’t know?

Hebrews 4:13 tells us, “Nothing is hidden from God, everything is naked and exposed before His eyes, and we are accountable to Him”. Last night of Thursday 12 September 2019, I had severe pain in my belly beyond anything I have ever had in my entire life. I thought I needed to go to hospital, but the hospital beds are so much worse than my own, so I took some really strong pain meds and tried to suffer through the night, tossing and turning the entire night. I was in pain, sick to the pit of my stomach at what had been done to our town, like the Prophet Jeremiah I saw beyond the natural realm at what had been done in secret. Do you honestly think God didn’t see what you did? You cry “unprecedented fire behaviour” and blame Mother Nature, but She (YHVH) says, “I only offer love and blessing, not destruction by fire! It was the hand of men and women who are affirmed to be faithful and true, ‘So Help Me God’ I remember them say… Who will save them now? For you cannot kick against the Goads.”

This morning, 13 September 2019, I awoke with a sense of dread in my mind of what really happened, and a prophetic word for those in high places who are treading upon the people of Stanthorpe for money, power, or political gain:

“Woe unto you who think you are lords over my people, who think you can steal from them in their hour  of need, or worse take false glory. Woe unto you for you are naked before me. I see everything you do. I see everything you do behind closed doors in your secret meetings, your secret handshakes, and your shady deals. Do you honestly think I could not see them? The public might not see them, but I see everything! It is judgement time, says the LORD (YHVH). I AM cleaning house. I WILL clean every house until it’s done. I WILL root out every one of you. It is time for repentance, says the LORD. For if you don’t, you will be purged on the threshing floor. Do not test me on this, for I WILL make an example of you, like those before you. Generations of leaders have scoffed at MY prophets and each have fallen on their own swords, or by the hand of an angel of the LORD. It is your choice!”

If We Can Turn Water Into Wine, Why Not Speak to The Rock & Get Water?